Day trips from Melbourne abound and a visit to Healesville Sanctuary is sure to please most. Located approximately one hour’s drive from Melbourne, the sanctuary specializes in exhibiting, rehabilitating and caring for Australia’s unique wildlife. 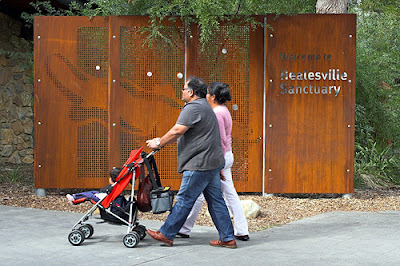 The Tasmanian devil population has attracted much publicity in recent times due to a dramatic decline in the last decade as a result of Devil Facial Tumour Disease (DFTD). The sanctuary is one of four Australian mainland locations actively participating in Project Ark which has been initiated by the Tasmanian Government. 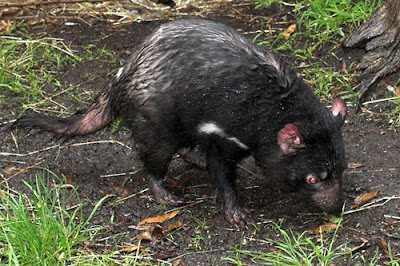 Eighteen devils have been transferred from disease free areas of western Tasmania to Healesville as part of an insurance population to help protect the species from extinction. 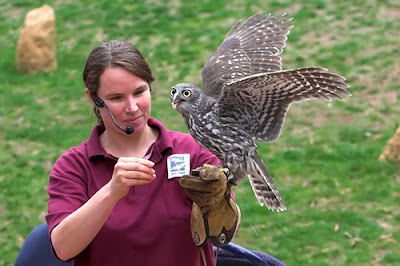 The Birds of Prey show is a scheduled highlight each day at 12.00pm and 2.30pm in a small amphitheatre setting. Keepers interact with birds such as the peregrine falcon, wedge-tailed eagle, black-breasted buzzard and barking owl. 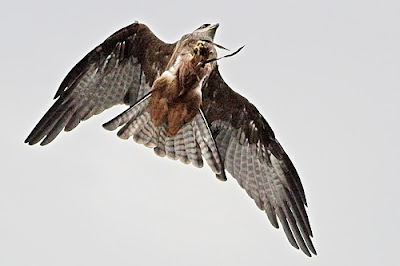 Black-winged stilts, dingoes, reptiles, lyrebirds, kangaroos, koalas, pelicans, platypus, emus, kookaburras and fruit bats are just some of the large variety of animals at the sanctuary to view as you wander around the grounds. 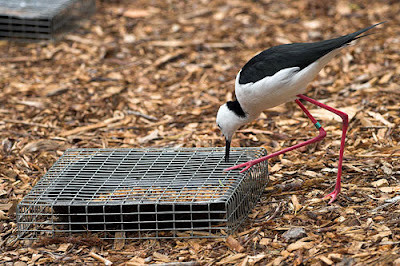 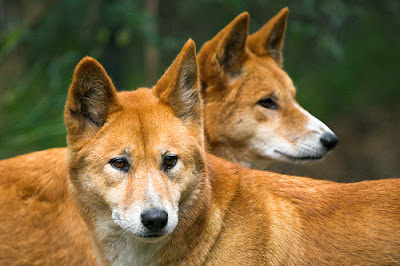 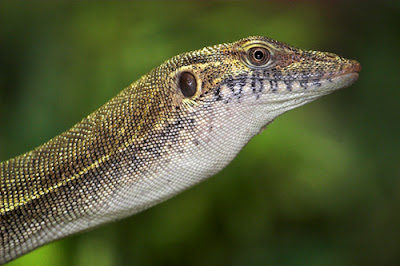 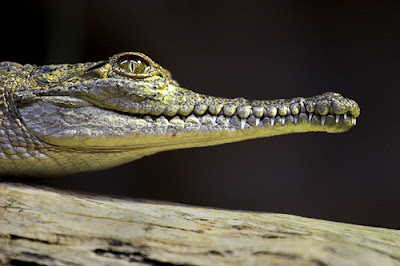 Indigenous culture can be experienced on Saturdays, and other special times as advertised, as Murrundindi performs a boomerang throwing display and plays the didgeridoo. At the completion of his entertaining show, souvenir boomerangs can be purchased from him for $10.00 each. Murrindindi is quite a character and has the audience in fits of laughter as a result of his dry wit. 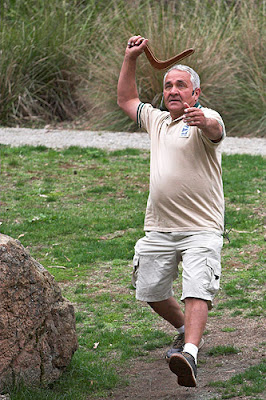 A licensed bistro, kiosk, numerous picnic areas, a playground and souvenir shop are some of the other facilities available for visitors to the sanctuary.

For admission prices, opening hours and other information call: 03 5957 2000 or check their web site http://www.zoo.org.au/healesville/ .

The 10th Bermagui Seaside Fair was held on Saturday 10 March 2007 and what a spectacular event it turned out to be. Thousands of locals from the region were proud as punch to partake and witness a fun-filled day of activities. 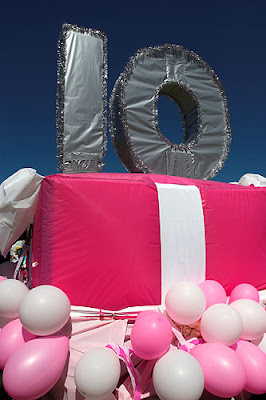 Festivities commenced on the main wharf at the Bermagui Boat Harbour at 8am with the Blessing of the Fleet ceremony. Bishop Allan Ewing conducted the blessing and also addressed the gathering of locals regarding their continued dedication in making the annual festival a continued success. 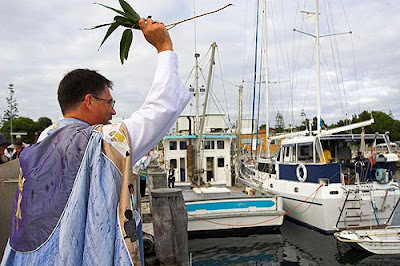 During the ceremony, the dapper dressed gentlemen from the Bermagui Probus Club Men’s Choir sang hymns, and other local singers and musicians performed. 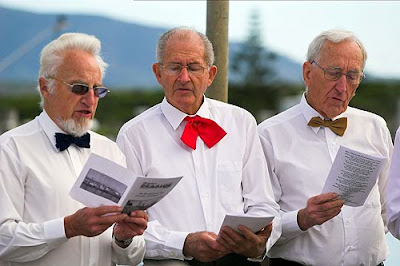 The majority of events were conducted at the Dickinson Oval precinct and a large crowd attended.

Bermagui Seaside Fair announcer, June Tarlinton, said “They estimate there will be around 10,000 people and judging from what I’m seeing, I wouldn’t be surprised if they are fairly close to the mark.” 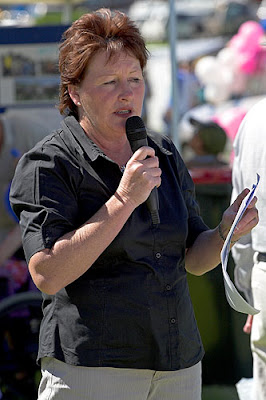 “The street parade is extremely popular," said June when referring to the amount of participants and spectators.

“The Bega Vintage Car Club has forty cars involved this year and they’ve never had this many ever. The way the cars have been restored is awesome.” 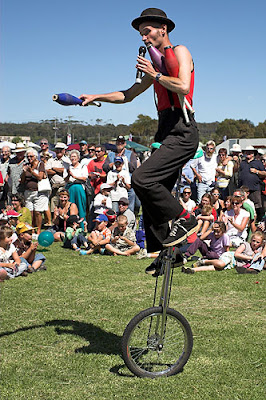 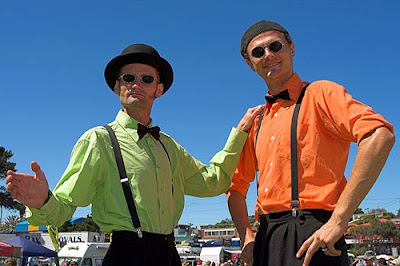 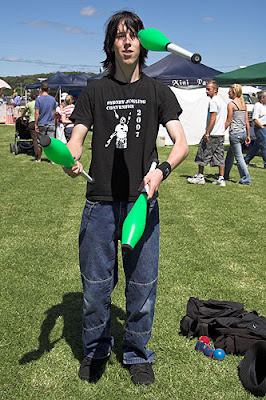 As part of the fair each year the Bermagui Citizen of the Year is announced. This year's recipient of the award was Candy Craine, who was recognised for her tireless work in caring for sick and injured native animals on her property. 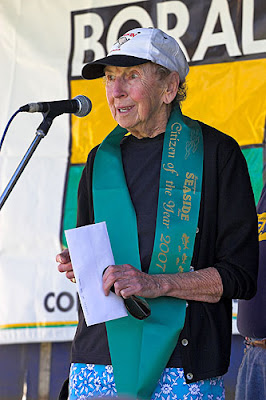 June Tarlinton said “Candi Craine was nominated by persons within the community and she was a very worthy recipient of the award.”

“She has put a lot of effort into rehabilitating animals since the loss of her husband.”

Candi is also an avid photographer and she exhibited many of her quality wildlife photographs at the photographic exhibition at the Bermagui Country Club during the Seaside Fair.

Celebrity entertainers, Frankie J Holden and Michelle Pettigrove, were invited to perform and compere the Bermagui Idols competition. The competition catered for local talent and the performers came out in droves to strut their stuff on stage for the gathered throng. 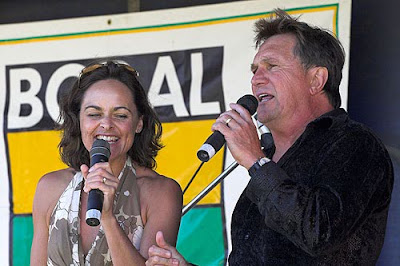 Winner of the Bermagui Idol primary school age section was the highly talented nine-year-old Sophie Halliday, who performed a cover version of the song Who Knew by Pink. Judging for the competition was carried out in a novel way, and this was done by gauging the level of audience applause when each contestant’s name was announced.

When Sophie’s name was announced, the applause and screaming was deafening. You could have come to the conclusion that her family in attendance numbered 500. She was undoubtedly the star of this year’s Bermagui Idol competition. 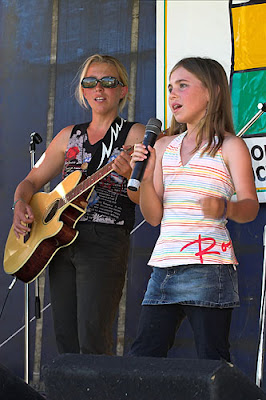 Young local band, Overdrive, belted out a few tunes for the large and receptive crowd. 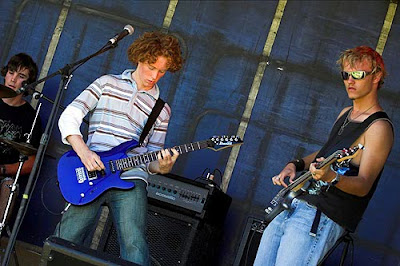 The street parade, sponsored by Australian regional and rural broadband internet provider, activ8me, was a roaring success as it made its way along the spectator-lined one kilometre stretch of Lamont Street. 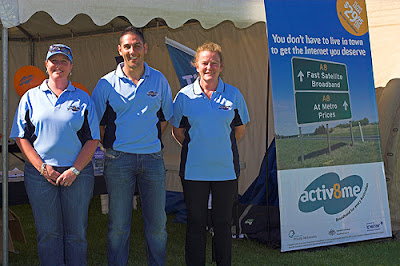 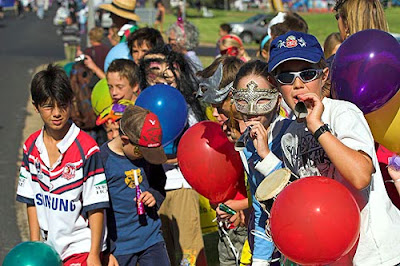 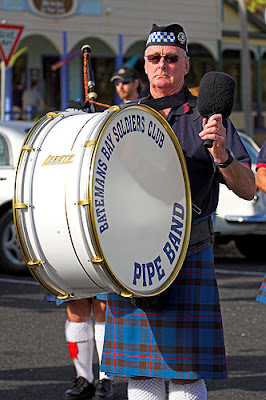 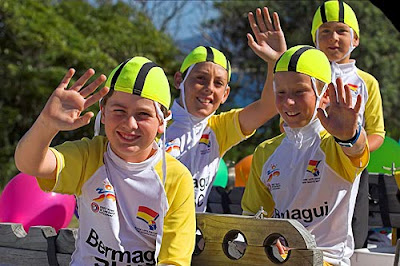 Novelty events were conducted for kids, and kids at heart, with the Chuck-A-Tuna competition proving more than a handful for participants. A little bending of the rules by some was detected, however it all added to the fun and frivolity of the afternoon. 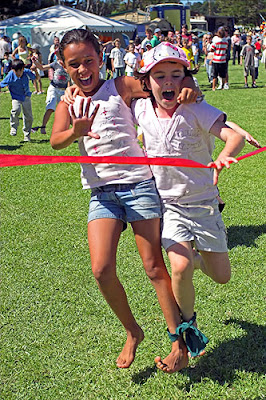 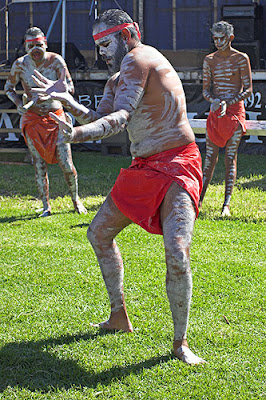 Carnival rides, a spectacular fireworks display in the evening over Horseshoe Bay, and a sandcastle competition were also part of the day’s festivities. 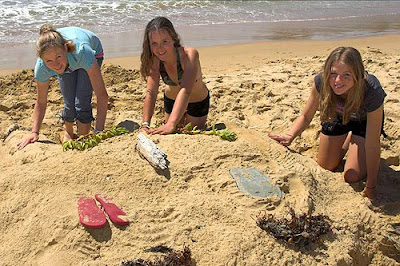 Dozens of stalls were erected on Dickinson Oval with stallholders exhibiting and selling local produce and products, advertising local and regional services and businesses, and supplying food and beverages for the masses. 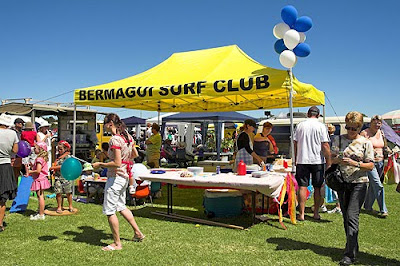 Bermagui, approximate population 1120, is situated in the gorgeous Sapphire Coast region of New South Wales and is renowned as one of the best, if not the best, places for marlin fishing in Australia. It’s also home to a fishing fleet, and is close to Montague Island which hosts numerous animal species. 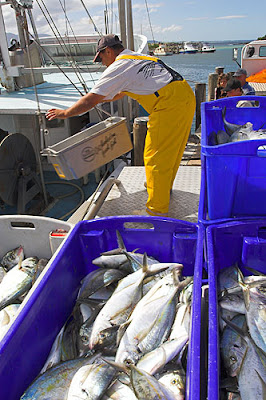 Catch Of The Day - Bermagui Wharf

Other local attractions in Bermagui are the scenic Horseshoe Bay, the Bermagui Boat Harbour where you can witness the unloading of the catch of the day, and the Bermagui Blue Pool. 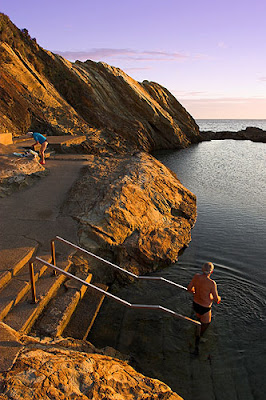 The historic Bermagui Beach Hotel exhibits fishing memorabilia in the main bar, lounge and dining areas. It’s also a top spot for a soothing ale or lemonade. Meals are hearty and excellent value for money.

High quality accommodation at affordable rates is available at the Bermagui Beach Hotel and the ultra modern Harbourview Motel.

Bermagui is a friendly and scenic seaside town located 378 kilometres south of Sydney, Australia. Put it on your list of must see places - it's a gem.

Posted by Darren Stones at 12:10 pm No comments: