Some Melbournians may not be aware of Woodlands Historic Park, but it affords magnificent views of the city skyline and Melbourne Airport from the 204 metre summit of Gellibrand Hill. 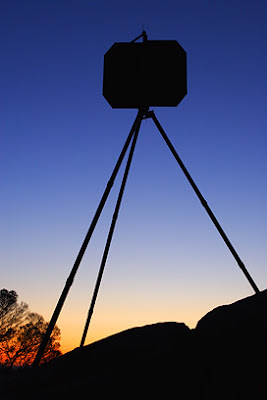 The closest access point to the summit is reached by parking in Mickleham Road and then taking the short walk along the gravel track and through a springloaded gate. 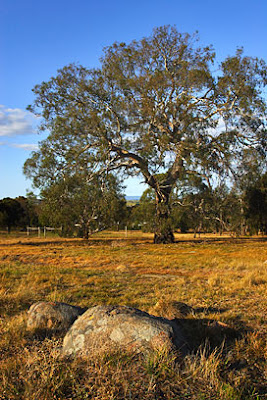 Granite boulders, river red gums and the Dun Donald Ruins are just some of the photographic highlights around the summit. From late afternoon into dusk is when this place looks at its best. 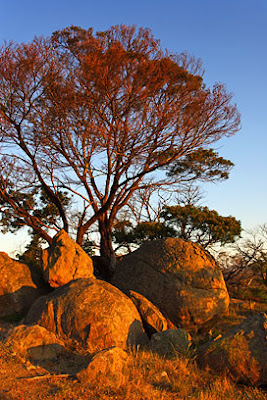 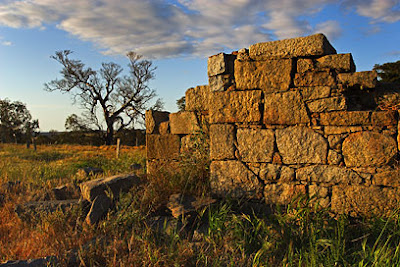 Keep a keen eye out for mobs of Eastern Grey Kangaroos, too, especially around dusk.

The park contains a radar which assists in monitoring aircraft movements for the Melbourne Airport. 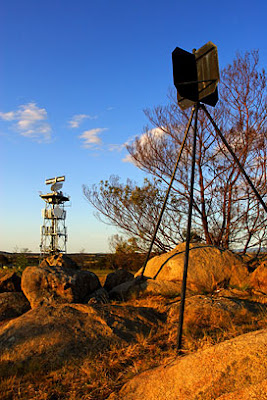