Locations closer to home are becoming a more attractive option for many, and as a native of Melbourne, I set out to investigate a nearby landscape and wildlife photography option that is relatively close to the city. 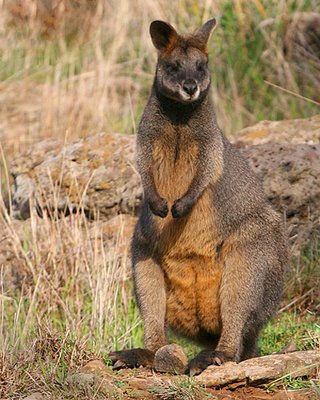 The Organ Pipes National Park, approximately 20 km’s north-west from Melbourne, is a 121 ha park located in the Keilor plains region just off the Calder Highway. The main features of the park are the various rock formations which are dotted throughout and are easily accessed via the well established paths that lead from the car park located adjacent to the Visitor Information Centre.

Before setting off it’s a good idea to familiarise yourself with what the park has to offer. The Visitor Information Centre, generally open on weekends, provides a free information sheet which outlines park highlights and general information. There are also large boards depicting the history of the region and development of the park since it was declared in 1972. 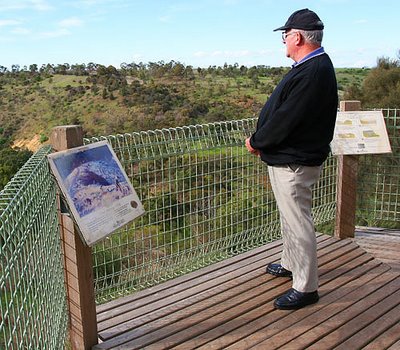 On commencing your journey along the walking track you’ll come across two viewing platforms which provide a magnificent view over the plains that were formed by the massive lava flows from volcanoes around the Sunbury area. Jackson’s Creek has cut a deep valley through the park and this has revealed the splendid rock formations which become evident upon following the path to the bottom of the valley.

There are numerous blue wrens to be seen throughout the park and ideally a fast long zoom or fixed length lens will provide the best results. Also, keep an eye out for the various mosses which can be seen growing on the ground and in the trees. A quality macro lens will give the best results, so make sure you take one along if you own one. 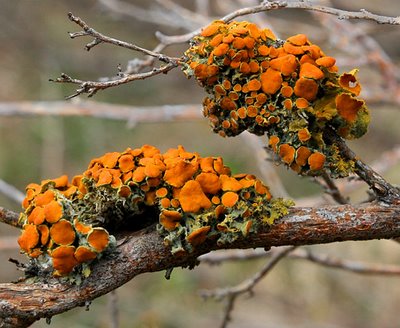 As you continue along the path towards the Organ Pipes formation you’ll notice the revegetation of the park that is taking place. Much of this work is conducted by a volunteer group called ‘The Friends Of The Organ Pipes’ and their efforts to restore the park are recognised as being one of the most successful restoration projects in Victoria. 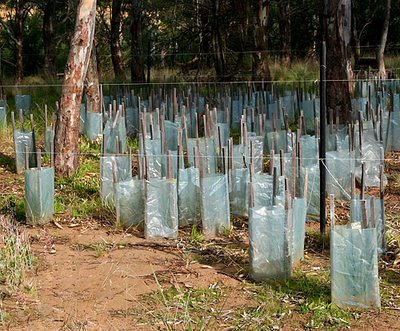 The park gained its name due to the rock formation known as ‘The Organ Pipes’. This towering rock feature is a result of a lava flow about a million years ago and the subsequent erosion, caused by the flow of water from Jackson’s Creek, has revealed the large basalt columns. Best time to photograph this is in the early to mid afternoon due to some large nearby trees that cast a shadow on a sunny day. 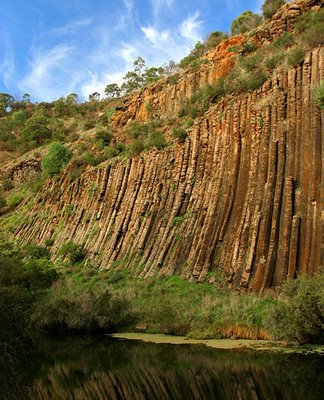 Further along the track you’ll notice some attractive native trees. At last count there were 145 species of native plants recorded within the park. Volunteers have been diligently working towards re-establishing the native trees and shrubs, however it hasn’t been an easy task. A continual weeding program exists, which contributes substantially to the regeneration. 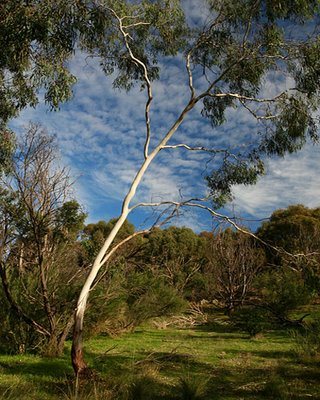 The ‘Tessellated Pavement’ is a sight to behold. This formation is the top of basalt columns that have been filed down by the water of Jackson’s Creek. Extreme caution should be exercised when walking over this feature as it is quite rough in places and can get very slippery after rain. 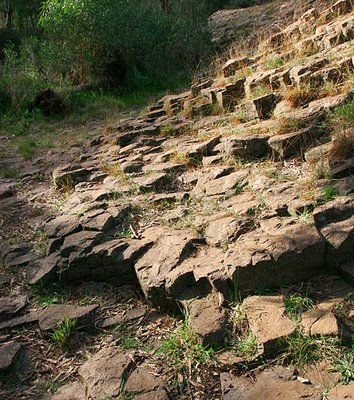 Later in the day after most people have left the park you may be fortunate to spot a wallaby. If you do, move as little as possible and you’ll be able to capture a photograph of one of our native marsupials.

The Organ Pipes National Park is open from 8.00am to 4.30pm each day and during summer months closes at 6.00pm on weekends and public holidays. Toilet facilities, picnic tables and barbecue areas are provided for visitors, however you do need to bring your own gas barbecue, as solid fuel fires are not permitted in the park.

So, if you’re looking for somewhere close to town for a photographic opportunity, try the Organ Pipes National Park – entry is free.

Friends Of The Organ Pipes