The Darren Stones Newsletter - Feb 1, 2009 has been compiled and it's available for viewing online in PDF format.

Included in the newsletter:

The newsletter can be viewed by clicking the above link. 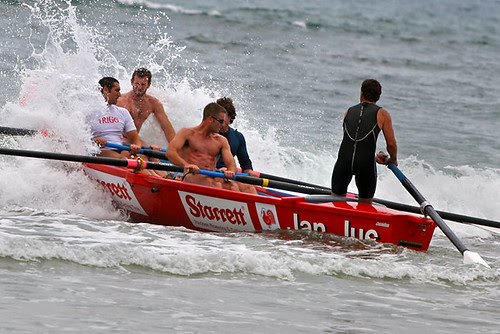 Posted by Darren Stones at 9:46 pm No comments:

At the society’s annual convention – APSCON – held in Launceston during September 2008, Anne was awarded the FAPS and AFIAP photographic honours. Anne is delighted to have achieved her honours, and particularly more so due to not having to travel overseas to achieve it – she did so by photographing Australia.

Anne became a member of RedBubble in November 2008 and settled in seamlessly. Her contributions to the Australian Travel Photography and Writing group are high quality and have been well received by the RedBubble community. Anne’s shown a keenness to participate in the travel group’s activities, and it’s not surprising given that travel photography is one of her passions.

Anne O’Connor, 61, resides in South Launceston, Tasmania and was a social worker by profession. As time and finances permit, she travels to distant locations in Australia with husband Bill.

Recently, I had the pleasure to interview Anne, and it was interesting to learn not just of her antics, but how she is prepared to bare all in pursuit of her photography.

The full transcript of my interview can be read on RedBubble at the above link.
Posted by Darren Stones at 1:23 pm No comments:

Members of the Australian Travel Photography and Writing group will soon get the chance to have their work chosen to represent the group to Australia’s Tourism Minister, The Hon Martin Ferguson AM, MP.

The group will soon be conducting the challenge:

Australia – Our home is girt by sea

Successful group members will be rewarded for their efforts by sponsors. See challenge for details.

The initiative is created to inspire and reward RedBubble members, and to promote Australian travel and tourism.

The group is currently seeking creative photographers and writers.

Located on the far south coast of New South Wales, Merimbula is a coastal town far enough from the big smoke to inspire hours of relaxation. 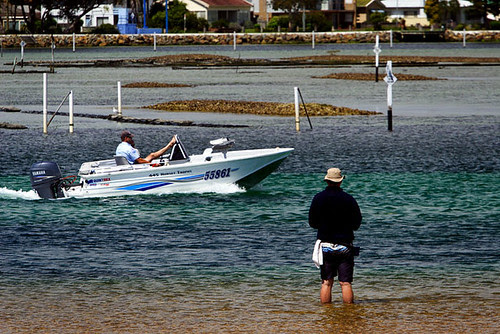 Commence a stay by enjoying an ale or chardonnay whilst dining at one of the clubs or restaurants.

Merimbula is approximately 6 hours from Sydney, 7 hours from Melbourne and 3 hours from Canberra. Renowned for its fishing, sumptuous oysters and laid-back lifestyle, it’s a resort town catering to all budgets. Accommodation is varied with apartments and motels being popular amongst visitors. 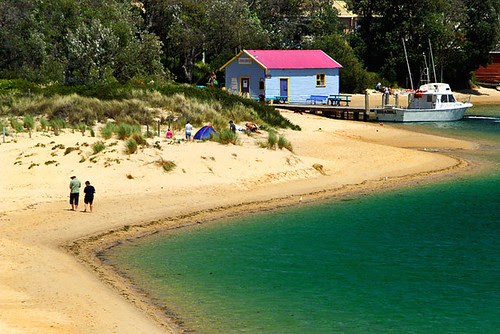 With beaches suitable for surfing or those who have a young family, Merimbula provides them within easy reach. Designated walks offer gorgeous views of the lakes and meandering coastline. 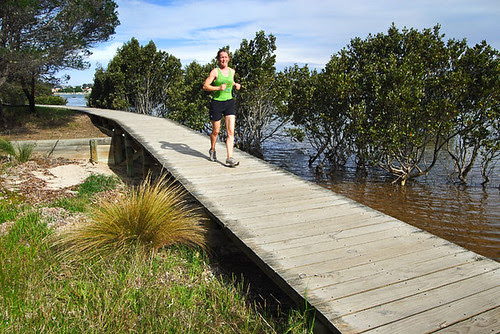 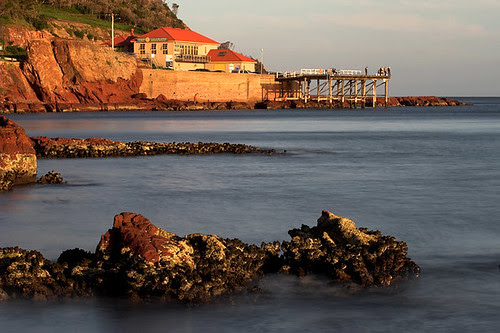 Posted by Darren Stones at 2:32 pm No comments:

The Picture Australia website contains pictures of Australia’s past and present including: photographs, objects, maps and works of art. Well worth a look and I recommend bookmarking it.
Posted by Darren Stones at 6:35 pm No comments:

On Sunday, December 28th, 2008, the Australian Travel Photography and Writing group was approved and launched at RedBubble.

The idea for the group was mine and it's one I'd been contemplating for 12 months before submitting my thorough application to RedBubble. Given my increasing knowledge in this field, I believe I can provide encouragement and inspiration to those who have an interest in this area.

After 11 days of the group being launched, there are 109 RedBubble accounts listed as members of the group. A healthy start I believe to what could prove to be a successful group.

There are literally tens of thousands of Australian travel photographs displayed on RedBubble, so, therein potentially lies an opportunity to market these works both within RedBubble and outside to a larger audience. I have made comments on various works and invited members to the group. The group is open to all RedBubble members.

I initiated the group's first challenge, which is currently underway, and it's titled: It's all about Australia. The challenge requires group members to submit one of their favourite photographs for voting. All RedBubble members will have an opportunity to vote on this challenge when entries close. Currently, 31 images have been submitted to the challenge.

The It's all about Australia challenge also provides an opportunity for writers to participate. The challenge requires writers to write a poem to a specific theme. The theme I chose is designed to inspire writers to highlight the effects of drought in Australia. To date, we've received two entries for the writing challenge. I'll be judging the winner of the writing section of the challenge.

The photography and writing challenges are both sponsored by anonymous sponsors.

As time permits, I'll be approaching group members for an interview, and if they agree, I'll be publishing the interviews in my journal at RedBubble. The interviews will be Q & A style due to my work, study and personal commitments. I believe this style of interviewing is suitable to the RedBubble membership, given the way the site is operated and how members use the site. My judgement is based on being a member there since March 2007.

The group has dedicated forums, which I've developed, and accepts suitable photographs, journals and writing.

The Australian Travel Writing and Photography group.
Posted by Darren Stones at 9:00 pm No comments: