Beaumaris Bay - all in a morning's work. Or was it?

Words of advice from my former Council of Adult Education tutor, Peter Hunter, were ringing in my ears. Well, I can’t remember the exact words he spoke as a lot of water has passed under the bridge since then. 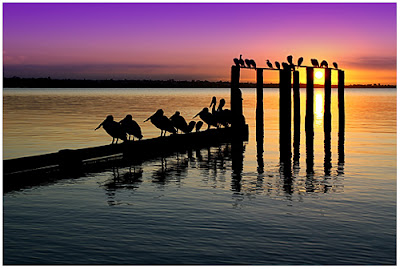 It was during a break in class when Peter was inspecting an album of my images that he commented along the lines that it’s worth keeping in mind the weather patterns in regard to photographing landscapes successfully.

All these years later his words have kept ringing in my ears. Suppose I received good value for money eh?

A recent project I undertook was to photograph a delightful locale known as Beaumaris Bay. Beaumaris is a highly populated Melbourne bayside suburb where property values are what I’d call high; especially in comparison to most other suburbs in Melbourne. 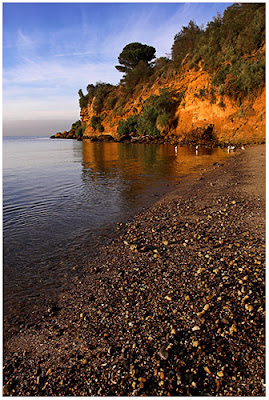 There are many scenic photographic opportunities in this area; however some of the locals may never have thought to investigate the location. Bear in mind this could relate to your own neighbourhood, but for me it was the opportunity to be near the water that drew me to this special place in suburbia.

It was nine days previous to my shoot when I realised this spot had enormous potential for something out of the ordinary. I was out for the day with my partner for a leisurely drive seeking out what I thought could be potential photographic opportunities for the future. I decided to leave my camera gear home that day due to wanting to pre-plan and visualise without being tempted to fill any part of a memory card. It was like a photographic reconnaissance mission which proved an interesting exercise that lead to a fruitful result. 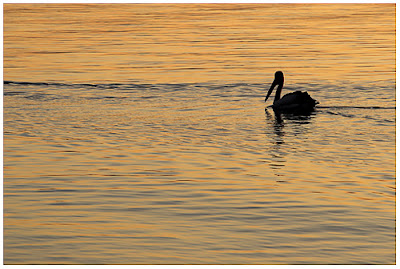 I spotted a cliff face and instantly framed it with my hands as some photographers do. It was heavily shaded due to the sun being high in the sky, however it didn’t take long to realise this cliff face would light up like a Christmas tree come sunrise. Fantastic I thought - this spot seemed a definite goer and I’d be back to pursue it when the weather was right. 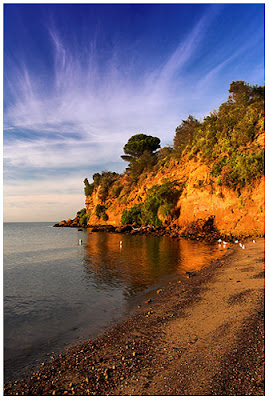 As my eyes were darting around, I sighted eight pelicans floating on the water. Of course pelicans can be a worthwhile addition to a scene, especially when they are positioned in the right place as you press the shutter button. At this stage my communication skills with pelicans are lacking but I’m open to suggestion in how to best win them over. Sure, a bucket of fish will do the trick but I’m not one for getting into fishy situations with birds. The days were going by and I was eagerly checking the Bureau of Meteorology website with a view of plotting my exact day to spring into action. Sunrise on the chosen day was due around 6:30 and this meant a no shower and no shave situation for me. It was simply a case of rise and shine at five, toss on the garb, grab the photography gear and head off with a stick of gum and a bottle of crystal clear Melbourne water to wet the whistle. 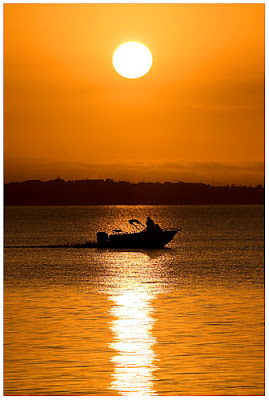 When I arrived in the area on my chosen morning I was staggered to see so much humanity partaking in physical activity that I’m sure would have seen them looking for a kip by 9am. Physical activity wasn’t on my agenda so I thought it was time to toddle off to my new found photographic hotspot.

The sky was reasonably clear and the pelicans were hanging around as I’d hoped. Lovely I thought, just lovely. Suppose this is what happens when the gods smile upon you for a day.

There was an increasing glow out in the eastern sky and the pelicans were finishing their breakfast. The seagulls were preening whilst I began to unpack the Canon. Was this morning going to pan out right or was it going to be a fizzer? 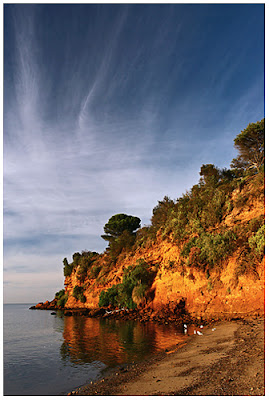 As the earth was revolving at its usual pace the situation became clear – this was not going to be a wasted exercise and my well thought out plan was about to come to fruition. I think Peter Hunter had a lot to do with my thinking regarding this exercise and I’ve learnt one important lesson from it. Think and plan properly to give yourself the best possible chance of attaining the landscape shots you’re seeking. It’s not the first time I’ve successfully attempted this scenario; however it’s the first time I’ve put it into words. I hope you may learn from my experience and attain the best shots you can whilst out on your shoot. 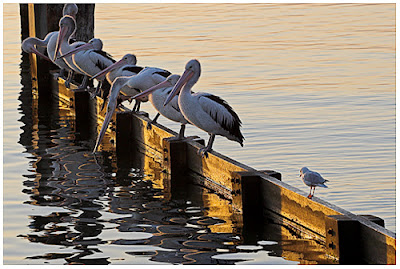 Enjoy your photography and keep friendly with the pelicans – they are a welcome addition to many a scene.