Scenes Of Hervey Bay For Sale

Endless sandy beaches, a pier from here to forever and its very own whale festival; Qld’s Hervey Bay is a resort town growing faster than you can say “tail slap”. 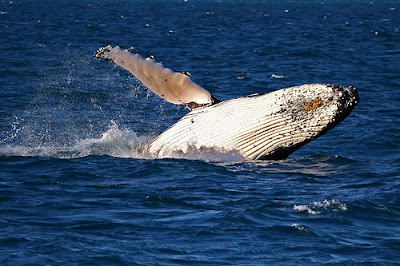 Great Sandy Straits Marina Resort - A popular resort with a 25 metre pool, two tennis courts and one, two and three bedroom apartments. Each has a private balcony for keeping watch as boats come and go while you sip on a glass. http://www.greatsandystraits.com.au/

Delfinos Resort – Opposite the main swimming beach, Delfinos is family friendly and offers motel rooms through to spacious three bedroom apartments. A little easier on the purse strings and an excellent booking service provided. http://www.delfinos.com.au/ 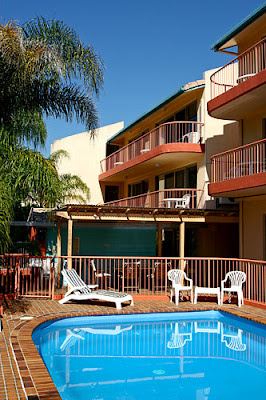 Torquay Hotel – An inviting pub right on the Esplanade, this place is abuzz each evening with outdoor dining a specialty. Laidback and welcoming. Nice outdoor heaters, too. Ph: 07 4125 2266 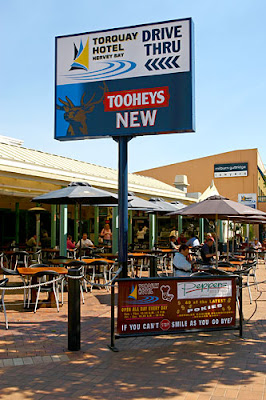 Hoolihans Irish Restaurant & Bar – With traditional Irish fare and a mix of Aussie tucker thrown in for good measure, this place prides itself on being open 11am till late 8 days a week. Live music Friday & Saturday nights. Ph: 07 4194 0099

Whale Watching – The yellow catamaran Spirit of Hervey Bay is the ideal platform to eyeball migrating humpback whales as they frolic in the protected waters of Hervey Bay. An entertaining half-day adventure cruise will leave you mesmerised and euphoric. Highly recommended. http://www.spiritofherveybay.com/ 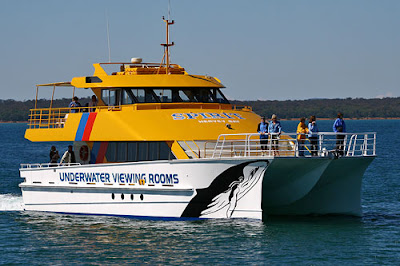 Celebrate The Whales – The Hervey Bay Whale Festival marks the return of the whales with the flavours, sights and sounds of the Food, Wine and Jazz Fiesta and Hot August Night Fire Event being major highlights. Kicks off in August. http://www.herveybaywhalefestival.com.au/ 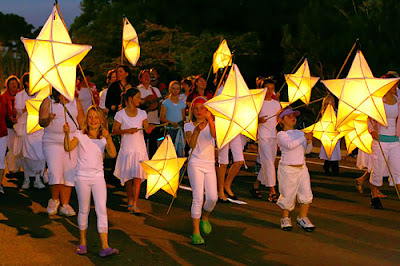 720 Metre Stroll – A hand-in-hand stroll with your mate along the Urangan Pier at sunset is bound to soothe the soul. Have your camera at the ready and snap a few memorable shots as the sky lights up. Great spot to wet a line. 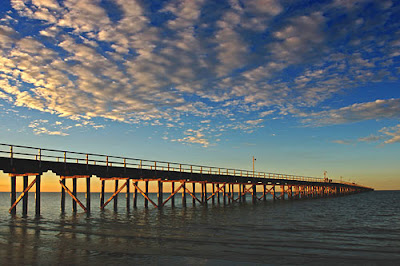 Posted by Darren Stones at 3:02 pm No comments:

“All was sweet with the world, but someone decided to unplug me from my home internet connection and reconnect me to a chemotherapy machine.” 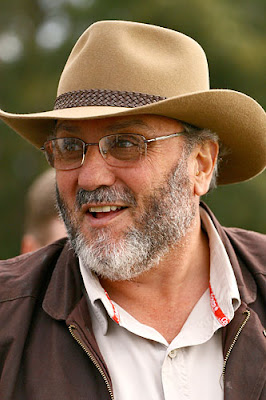 Professional photographer, RedBubble member, and four-wheel drive enthusiast, Joe Mortelliti, faced a life-or-death fork in the road on March 1 2007. His choice was a stark one - commence chemotherapy or probably die within three weeks. The sudden diagnosis of Acute Myeloid Leukaemia, was about to send the 57-year-old Geelong resident on a journey which he had made no preparation for.

“Having never been on medication, or ever really sick, it was hard to accept that something was really wrong,” said Joe.

On February 28 2007 at 4.00pm, Joe was blood tested due to an old foot injury which had become sore and swollen. At 9.00am on March 1 2007, Joe received an urgent phone call from his doctor, who directed him to proceed to the Geelong Hospital immediately, as a bed was ready and waiting for him.

During the subsequent four months, Joe underwent three rounds of intensive chemotherapy and is back in the field doing what he loves – photography.

The Mortelliti family have rallied around Joe in recent times, and in particular his wife Marion who has helped speed his recovery.

“Since getting out of hospital, she (Marion) has driven me to locations I want to photograph, and helped carry my gear,” said Joe.

“I could not have photographed without her assistance, as I’m only good for an hour or two and then run out of energy.”

Recently, Joe and Marion explored the nearby historic town of Queenscliff, which provided Joe the opportunity to skilfully capture through his lens the atmosphere and scenes rare to the area.

During his period of treatment, Joe formed an alliance with the Australian-based company, RedBubble.

RedBubble is a vibrant online art gallery and creative community that enables artists the opportunity to exhibit, discuss and sell their works.

To date, Joe has established an extensive portfolio of over 300 photographs on RedBubble, and become an active member of that community.

Recently, Joe collaborated with fellow RedBubble member, Cliff Vestergaard, on a work titled ‘The King’, which Cliff has made available for sale.

Ever mindful of encouraging his peers, Joe advises that landscape photography is “all about composition and light … so do not get hung up on gear too much.” 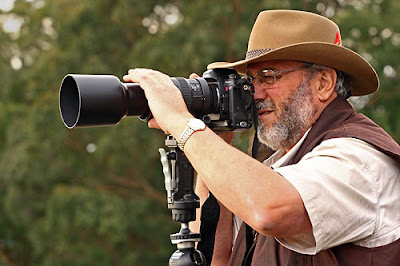 Joe’s doctors are confident he’ll make a full recovery, but precautions are being undertaken to secure his continuing health. He’s been matched with his brother’s bone marrow in the event a bone marrow transplant is required.

With a realistic view towards life, Joe says “...I’m getting stronger, and have already booked for a short trip to Wilsons Promontory in August (2007), and then nine days in the Flinders Ranges in September (2007).”

“As I was in and out of hospital during the treatment and side effect cycles, I traded my Toyota Prado on a new Land Cruiser,” said Joe.

“I did get some strange looks from family and friends. So I told them that I discussed it with the doctors, and said to them that they had to get me through all this, as it would be very embarrassing to have a brand new, and rather expensive, Land Cruiser in the driveway and not be around to drive it!”

Joe Mortelliti’s outstanding portfolio of Australian landscape images can be viewed and purchased online at RedBubble.

Posted by Darren Stones at 3:26 pm No comments:

Decorating your walls with ready-to-hang framed and mounted photographs, has become easier by purchasing via my online sales agent - RedBubble.com. 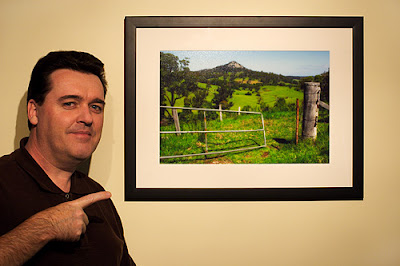 From the comfort of your home or work office computer, you can view photographs, and select the size, framing style and mounting that suits your decor, budget and space. 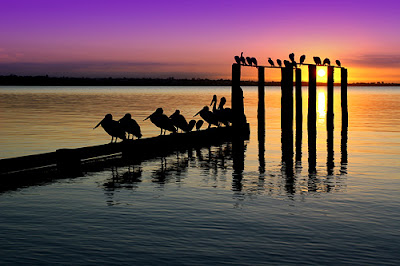 I’m pleased to announce an alliance with Melbourne-based company RedBubble as a supplier of my photographs.

RedBubble are my online sales agent and I’m satisfied with the user-friendly transaction method they have implemented for purchasing.

An online portfolio of my photographs has been established on the RedBubble web site and this collection will be progressively added to.

Portfolio Of Photographs For Sale

In recognition of my association with RedBubble, I was selected as a featured artist, and have had many photographs featured on their homepage since becoming a sales partner. 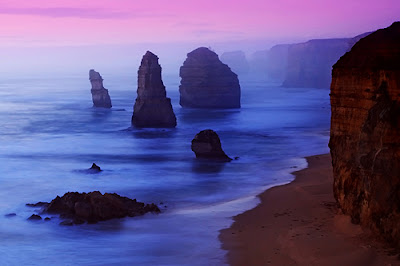 Upon browsing through my portfolio; if you recognise a photograph that rekindles a memory from a holiday, or see one that would blend in with your decor, then consider the range on offer and make a purchase.

Decorate your home or work environment with stylish photographs by a professional photographer.

Include my portfolio page in your favourites, and return from time to time to view new works added to the collection. 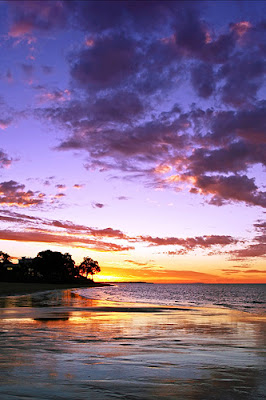 About RedBubble - My Sales Agent

If you require more information regarding a purchase from RedBubble, please contact me by email.

Decorate your home, office and workplace with stylish photographs.

Posted by Darren Stones at 12:16 am No comments: