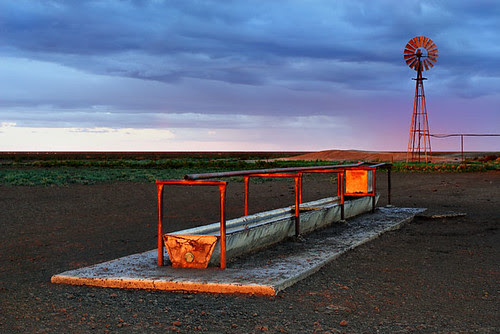 “A drenching shower had just passed and freshened-up this northern section of the Hay Plains in outback NSW. The silence and environment was invigorating. The ground had become slightly muddy, and with 400 metres of off-road driving in a two-wheel drive car to negotiate, the reward of a new image beckoned. A few hours earlier, I spotted this windmill in the distance and took the detour off the Cobb Highway to investigate. It seemed a promising location. With clouds passing quickly, we were in for a pleasing sunset. After taking a few shots, I returned to the car with an inch of mud on my shoes.” – Darren Stones

Series: In The Field
Posted by Darren Stones at 11:26 am