The Port of Echuca, home to Victoria's largest paddle steamer fleet, will undergo a transformation with $14.2 million to be invested in revitalising the tourist precinct.

Victorian Premier John Brumby announced in Echuca on Wednesday, 13 January 2010, that $4.9 million would be invested into the Echuca Wharf with the aim to create a first-class tourist attraction.

Mr Brumby said in a Victorian Government media release: "We understand how important tourism is to the liveability and sustainability of this stunning part of Victoria and revitalising the port will position Echuca and the region for a bright, prosperous future.”

“It is estimated that this project will position the Port of Echuca to attract a further 22,000 people each year. This will secure jobs and attract new tourism to the region, locking-in its liveability.” 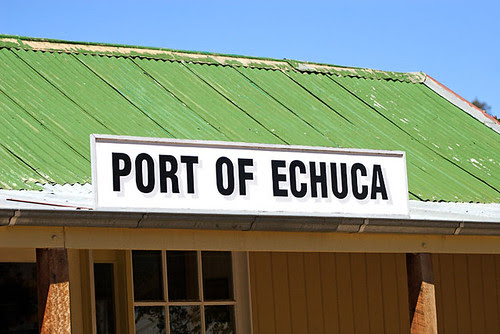 Mr Brumby said the Port of Echuca contributes $250 million to the local economy and employs approximately 3000.

Information sourced from the Victoria Government.
Posted by Darren Stones at 7:15 pm